Microstrategy and Grayscale Continue Adding Bitcoin to Their Reserves. However, the selling by Bitcoin miners and the high number of BTC options expiring this week, seem not to faze the ongoing accumulation of Bitcoin by Wall Street companies.

In the case of Microstrategy, the company announced on the 22nd of this month that it had purchased 214 Bitcoins for $10 million. This brings their total holdings to 70,784 Bitcoins.

Microstrategy and Grayscale are the tip of the iceberg of the ongoing Bitocin accumulation by Wall Street firms adding BTC to their treasuries. Therefore, the Bitcoin sold by miners and the anticipated volatility due to BTC options expiring this week, might not have the anticipated downward effect. As a result, Bitcoin might just close the week above the crucial $30k – $32k support zone.

Bitcoin miners have been realizing profits since BTC hit $42k. This is according to the analysis done by the CEO of CryptoQuant, Ki Young Ju, who also pointed out that the Bitcoin miners’ position index has hit an 8 year high. Mr. Ju went on to point out that these two factors are the reasons he is currently leaning bearish on Bitcoin at least in the short term.

His analysis can be found below together with a chart he shared demonstrating the high Bitcoin miners’ position index.

BTC Miners’ Position Index hit the 8-year high. They’ve been moving an unusual amount of Bitcoins lately. It seems they’re continuously realizing profits since 42k. This is one of the reasons why I keep my bearish bias. 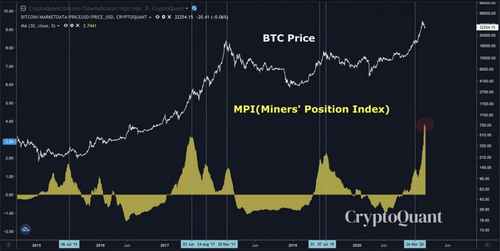 116k #bitcoins options are set to expire next week 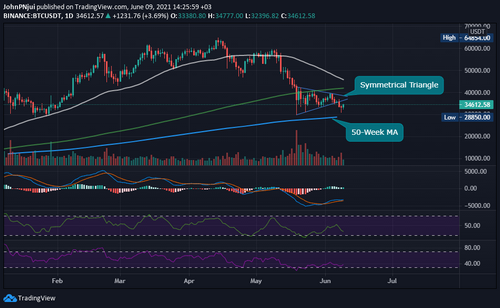 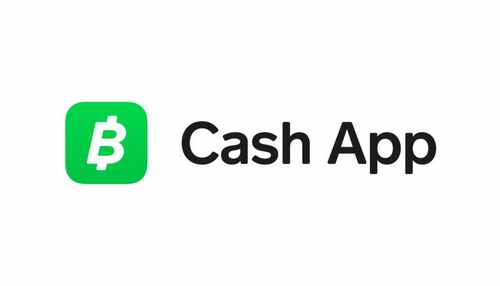 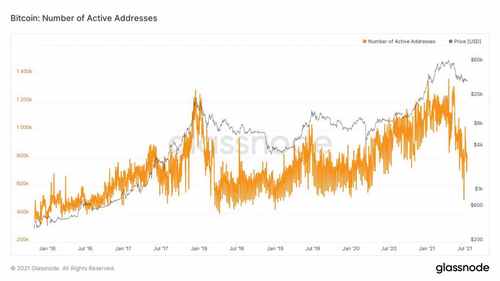